History of the Compostela

The idea of the Jubilee or Holy Year, the plenary indulgence, and the compostela, are historically linked. The Jubilee goes back to the Old Testament (“And ye shall hallow the fiftieth year… it shall be a jubilee unto you; and ye shall return every man unto his possession… ” – Leviticus 25,10).

Taken into Christian theology, it is defined by Isidore of Seville (Etymologies V, 37, iii) as “a year of remission of sins”. Indulgences, or remission of all or part of the time to be spent in purgatory, were at first general and partial, but by the C11th the Church was offering particularly generous indulgences to those participating in the reconquest of Spain, or making especially long and arduous journeys to the shrines of the saints. Plenary indulgences were first offered in 1095 to pilgrims to the Holy Land who died on the journey.

It is widely claimed that in 1122 Pope Calixtus II gave Compostela the privilege of granting a plenary indulgence to those who visited the shrine of the Apostle in each year when the saint’s day fell on a Sunday, and while there made their confession, attended Mass, gave a donation for the upkeep of the shrine, and undertook to perform good works. The papal bull of 1179 making the privilege perpetual is now thought to be a C15th forgery. The earliest documented account of indulgences granted to jacobean pilgrims by the Papacy dates from the mid-C13th, and the earliest jubilee year identified by Constance Storrs is 1395. In any case, the gaining of the plenary indulgence became a dominant motivation for the pilgrimage.

Confession and communion remained essential to the granting of the certificate of having completed the pilgrimage, first called la autentica. Originally hand-written and sealed, with slips of paper attesting confession and communion pasted on, it became in the C17th (printing reached Galicia very late) a printed document which included the confirmation of confession and communion. These two elements appear to have been dropped from the compostela in the mid-C18th, and the text as we now have it is little changed since then.

The plenary indulgence – never, as far as we know, a printed document – is still granted to those who visit the Cathedral and the tomb of the Apostle at any time during a Holy Year, make their confession, attend Mass, pray for the intentions of the Holy Father, and undertake some charitable work (this can include a charitable donation). It is not also necessary to fulfil the conditions for the granting of the Compostela. The indulgence may be gained on behalf of the dead. 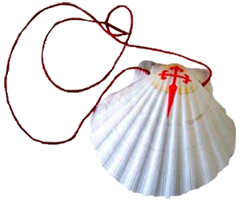 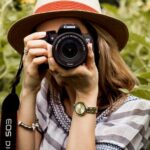 Interestingly, a notice in the pilgrim office in June 2006 said that the plenary indulgence is given not only in Holy Years, but also in ordinary years on Easter Sunday; 21st April (the anniversary of the consecration of the cathedral); and on St James’s three feast days (23 May – the Apparition; 25 July – his martyrdom; and 30 December – the translation of the relics).

(For current Catholic teaching on the subject of indulgences, search Google for “Enchiridion of Indulgences” or visit the website of Steven Rossi.)

On arrival at the Cathedral in Santiago, pilgrims take their Credencial or Pilgrim Record, duly stamped along the way, to the nearby Pilgrim Office and a Compostela certificate (still written in Latin, and confirming the completion of the pilgrimage) is generally issued. Walkers and pilgrims on horseback must have completed at least the last 100km and cyclists the last 200 km, in one stretch, to qualify. You will be asked your motivation: those who do not count ‘spiritual’ as part of their reason for making the pilgrimage can obtain another document, a certificado, to attest to their having completed it. 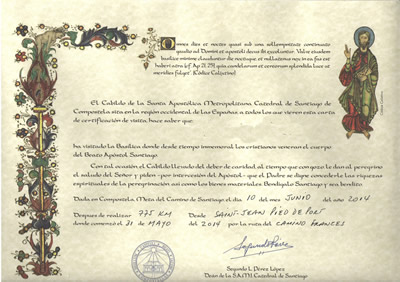 Shops nearby will laminate your Compostela in plastic for a small fee – an excellent idea, protecting what is likely to be a precious souvenir from damage in your rucksack.

The Compostela (take a photocopy, which the hotel staff will retain) may be presented at the Hotel de los Reyes Católicos who provide 10 free pilgrim meals three times a day. Pilgrims may take such meals for up to 3 days. Don’t apply at the main entrance however: pilgrims queue at the garage door, down the ramp to the left, collect their meals on trays from the kitchen, and sit in a small comedor or dining room set aside for them.

It also gives you reduced-price access to the Cathedral museum, and is supposed to give access to the refugios for those making the return journey the way they came.

Don Jenaro Cebrián, now canon in charge of pilgrims, in 2008 also issued reminders that only credencials recognised by the Cathedral authority would be acceptable to qualify for the ‘compostela’ from 2010.

Read more about the Camino, 'The Way of St James':